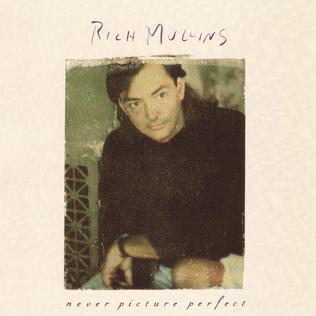 I was in sixth grade when my friend, Brian Gray, called me on the landline and asked if I wanted to go with him and his Aunt and Uncle (Mr. and Mrs. Devey for all my CP friends) to a concert at a local church. At this point in life, I don’t think I had ever been to any sort of music concert. I asked my parents and they said yes. I had never heard of the artist, which would not be surprising since we didn’t listen to much music in our house. Since the concert was at the church, I knew I wasn’t going to hear AC/DC or Guns-N-Roses.

Rich Mullins was the performer at the concert that day. To be honest, I don’t remember much except that Rich seemed real authentic. I remember him doing the “cup song” to Screen Door on a Submarine. I remember the song Allrightokuhhuhamen. That song is on the album, Never Picture Perfect, which I purchased at the concert (on cassette).

The album set the tone for me in listening to Christian music. I’ll be honest, looking back some of the music I listened to was terrible. But the most important thing it did was encourage my faith. Listening to Rich Mullins started me in that direction. If you’re unfamiliar with Mullins, he wrote the songs Awesome God and Step by Step, but of which were standards during worship in my youth group days. His songs have been recorded by countless artists over the years.

As you’ll see in some of the future posts, Christian music has been an important part of my faith journey. Rich Mullins was the beginning of that for me. I no longer have this album, but it is a cornerstone album that I can point to that begin an era for me to develop my sound and taste.

Husband of Andrea and father of four amazing children. Pastor at Avenue United Methodist Church in Milford, Delaware.
View all posts by Steve LaMotte →
This entry was posted in Music and tagged Music, Rich Mullins. Bookmark the permalink.