Today was the day we “got” Malachi! Aside from a little bit of paperwork- he is officially our son!

The morning began as we had to exchange money at the bank for some of the fees associated with the adoption here in China. This should not have been a big deal- but it is currently a monsoon here in Zhengzhuo (Jung-Jo is how I remember to pronounce it) and the money trucks were late across the city. We tried two banks before we found one that could exchange our money. The first two families were able to exchange their money- and when it was our turn the system went down. We stopped at three other banks before we found one with the system working.

After going to the bank, we went to the social welfare building where we would meet Malachi. It was only seconds from the bank- and things moved quickly. When we walked into the building there were probably 20 families receiving their adopted children. We met a social worker named Angela, who worked at Malachi’s orphanage- then the moment came when we were handed Malachi. 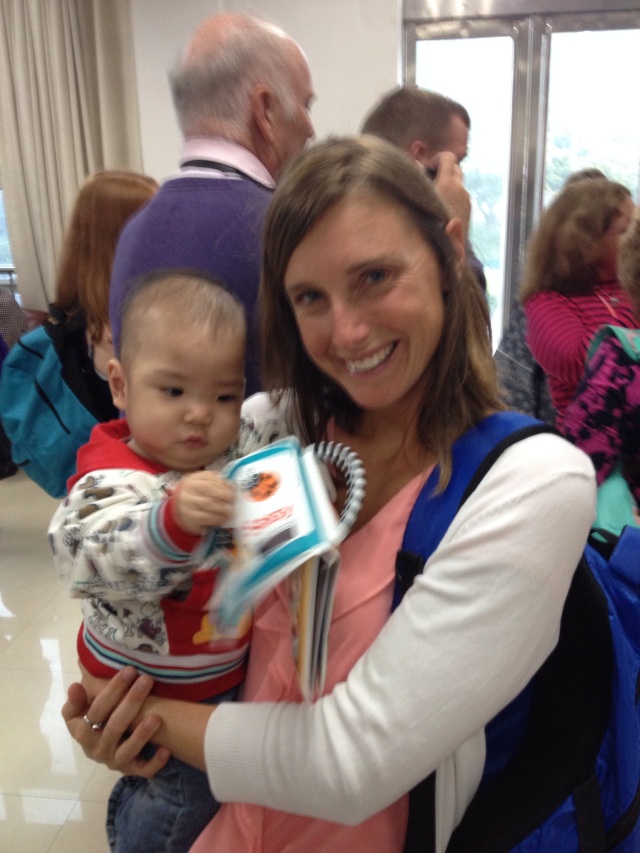 It all happened very quickly. One minute we are walking in the building, the next we have a son! We got our pictures taken by the Welfare office and filled out some paperwork- which will be completed tomorrow.

Malachi has been great. He is a happy young man and he has not cried at all. Now that we are back in the hotel room, he is playing with toys and babbling in conversation with us. Physically he looks good. His umbilical hernia has been corrected. He is standing on his own and taking a few steps. He will be walking all over the place in a few weeks!

One concern from the doctors upon seeing his medical records was his low weight. He seems to have increased his weight and looks very healthy. We are anxious to get him home to see the doctors at CHOPS for some more insight.

Thank you for the prayers- and keep them coming. We have four days here in Zhengzhou before heading to Guanzhou to receive Malachi’s passport to come home. Now that we have Malachi, we are ready to return home and will need some patience as we bide our time here in China. 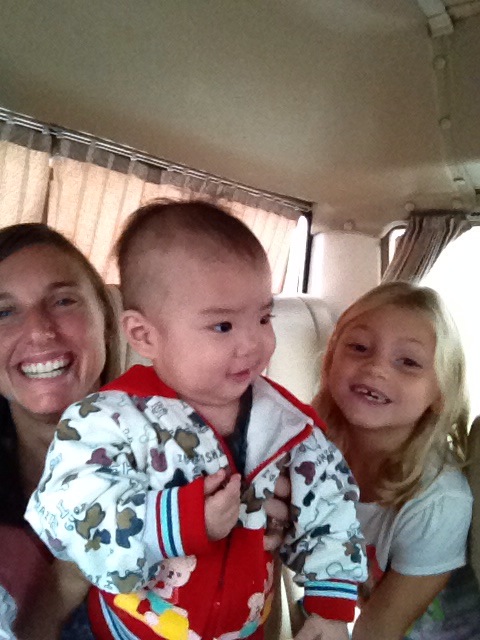 Husband of Andrea and father of four amazing children. Pastor at Avenue United Methodist Church in Milford, Delaware.
View all posts by Steve LaMotte →
This entry was posted in Adoption and tagged adoption, China, Malachi. Bookmark the permalink.