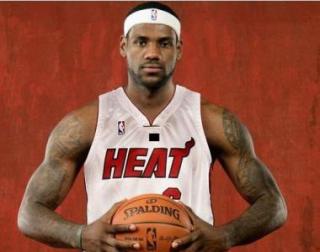 Shortly after losing the NBA Finals to the Dallas Mavericks, LeBron James had some interesting words to say;

“All the people that was rooting on me to fail, at the end of the day they have to wake up tomorrow and have the same life that they had before they woke up today, they have the same personal problems they had today. I’m going to continue to live the way I want to live and continue to do the things that I want to do with me and my family and be happy with that. They can get a few days or a few months or whatever the case may be on being happy about not only myself, but the Miami Heat not accomplishing their goal, but they have to get back to the real world at some point.”

Naturally, all sorts of people got on LeBron about the comments and what they appear to communicate.  This post is about judging, but about considering the people in our lives who mentor and guide us.  I’m not sure who mentor’s LeBron James- or if he has a mentor.  Likely, if he did, his mentor wouldn’t be too thrilled with these comments. Too many times, in sports and Hollywood- celebrities are more in-tune with their entourage than an older and wiser mentor.

In 1 Kings 12, Rehoboam has ascended to the throne and is beginning his rule as King.  Some people come and speak to Rehoboam about lightening the work and tax load on the people.  Rehoboam took time to go to the old men who had been advisors and mentors to his father, Solomon.  They replied that Rehoboam should be a servant to the people, and that if he becomes a servant that the people will be loyal to him.  Verse 8 reads,

“But he abandoned the counsel that the old men gave him and took counsel with the young men who had grown up with him and stood before him.”

Rehoboam went to his entourage for guidance.  They, in turn, told the newly crowned King to say “My father disciplined you with whips, but I will discipline you with scorpions.”  They counseled the King to be even harsher on the people.  Rehoboam disregarded the wisdom of the older generations.

I don’t know who mentors Lebron, but you know who your mentors are.  It is very wise for each of us to seek out an individual(s) who are older, wiser, and more mature in their faith to regularly meet with for guidance in our life and faith.  We must embrace the older generations for the wisdom that they can pass down to each of us.

Likewise, we must ask- “Who are we mentoring?”  What teenager/college student/young adult are we pouring our life, our prayer, our time, and our wisdom into?  This is how we make disciples- one at a time.

What is the best piece of wisdom that a mentor has ever given you?  What’s the best book your mentor ever recommend reading?

Husband of Andrea and father of four amazing children. Pastor at Avenue United Methodist Church in Milford, Delaware.
View all posts by Steve LaMotte →
This entry was posted in Leadership. Bookmark the permalink.